This year at Devoxx France, I was the only Code-Troopers1 available but it didn’t matter because I found Michaël2, former “tourangeau” colleague currently living in Toulouse. We are going to talk to you about how fun these 3 days were.

For the 2016 DevoxxFR edition, something came up that should have come sooner: we are talking about official mobile applications. Nothing astonishing here you could say, and I agree because for the previous editions we had some good fellows, working on their free time I guess, which provided some alternatives allowing us to have a digital schedule in our pocket.
Instead of “just” publishing an application allowing to see and manage your sessions (that’s My devoxx), they also published on the stores the Devoxx Huntly application, which tag line is “Win tickets for devoxx events”.

Our first thought was: playing to win devoxx tickets, it deserves more attention.

In the following we are only going to talk about the Android application, since we don’t have Iphones.

How it works and what’s its purpose?

The goal is pretty simple, you have to get the most points as possible. How it works? By scanning QR codes like the ones below through the application. Child’s play.

On a good note, the QR codes where on each and every exhibitors’ booth. It’s a fun way to walk through all of them. And of course we did it. In most cases, the simple action of scanning the QR code was a good way to engage the conversation with the people on the booths.

Sometimes (Mostly the first day), we had to explain to the exhibitor what was this QR code (sometimes we even had to find it since it was well hidden) and what was it’s purpose. (We thought it was unfortunate that the exhibitors were not more involved in huntly). We won’t lie to you, we didn’t spoke to every exhibitor, some seemed less appealing and we kind of dodged them. But truth be told, this year is the year I spoke with the most exhibitors, and it was thanks to huntly.

Since it was the first release, of course there was some minor fixes/tweaks that needed to be made, and scalac team was really reactiv: there was at least 2 updates during the 3 days which fixed a twitter integration and a contact scan bug. (I am of course talking about the Android application, because, well, on IOS… :P) 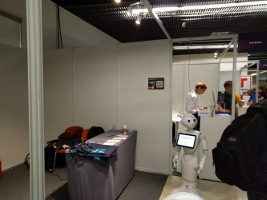 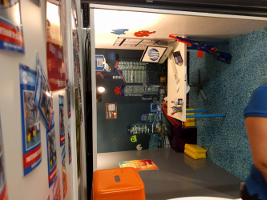 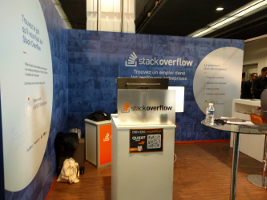 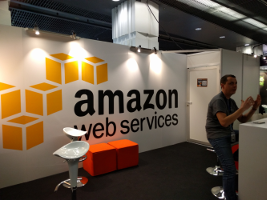 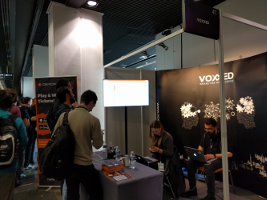 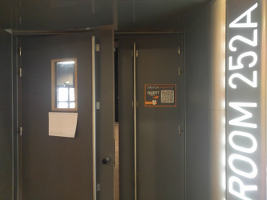 When you are at a developers’ conference, you can be sure there will be some people trying to push the application to it’s limits (We could call them cheaters, we prefer hackers or, even better, security auditors). We saw really quickly that one person was really ahead of the others (Yes Frédéric Camblor, we are talking about you :)) He was a real fair player, he turned himself in (You can see Stephan punching him as a reward), and he explained that he used an ssl vulnerability, because the client/server communication was not using tls. 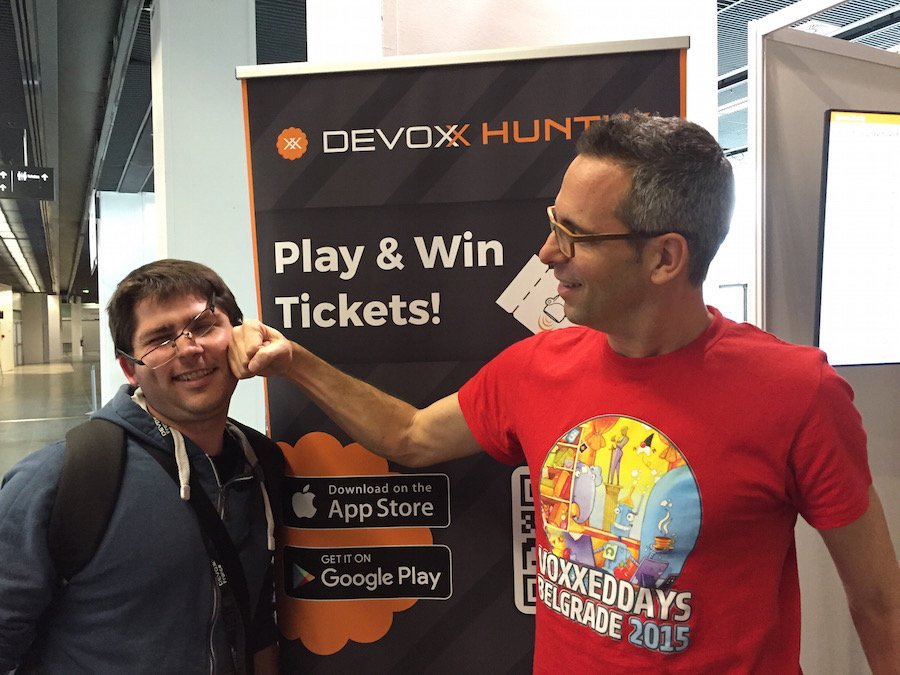 Some quests were check-ins, all you had to do was go in every room and some beacons where supposed to automatically detect and update the quest. Unfortunately, I never got one signal, even with the bluetooth always on. If someone had better luck, I’d like to know how it worked (The only beacon detected was the one I had in my bag, he was detected by Michaël after one hour of close pair programming during a workshop). Fortunately there was a backup plan, you could always scan the QR codes.

Even if we went through all the different booths, the one we spent most of our time on was the huntly one. We talked about what could be improved for the next devoxx events, mostly on how to win even more points!

Here are few improvements we will be happy to see next year:

The winners were announced during the cast codeurs episode and we couldn’t be there this year. Michaël won a free ticket for DevoxxFR 2017. I’ll do better next time!

The MyDevoxx source code is on github, not the huntly one (yet).

A good news is, since these applications are going to be used in every Devoxx event, we can be sure that they will quickly evolve and we will have to face some new challenges next year for Devoxx France 2017

See you next year!